How to make healthy macaroni and cheese? Will they be tasty?

by
0
SHARES
Share on FacebookShare on TwitterShare on Pinterest
0 Vote Up Vote Down
Published: August 13, 2018 | Modified: October 9, 2019

How to make healthy macaroni and cheese? Will they be tasty? from Joey Bright

Greetings everybody, this is Medina again! And i am here because i am really looking forward to your help! As you know (as i have mentioned in previous posts) that i am a heavy sweet tooth and i can’t live without sweets in my life! I know, i need to so something with it but i don’t want to fully replace them with something else and now i want to replace with more healthy variants of sweets – how can I make healthy macaroni and cheese at home? How hard is it? Do I need any additional kitchen equipment for this? Thank you very much for help!

Hello, Medina! Maybe you meant macaroons and sweet cheese? XD But we still have some variants for you, like Brussels sprouts, bacon & pepperjack macaroni & cheese

Preheat oven to 400 degrees F. In a large bowl, toss the brussels sprouts and red onion with 2 Tbsp. canola or vegetable oil. Season with extra salt and pepper. Place the vegetables on a baking sheet covered with aluminum foil, and give it a shake so that they spread out in an even layer. Divide out garlic cloves and wrap them in aluminum foil to form a sealed packet, and place that in a corner of the baking sheet. Bake for 30-40 minutes, or until vegetables are soft and just beginning to brown around the edges. Remove. While the vegetables are roasting, bring a large pot of generously-salted water to a boil, and cook the pasta until al dente. Drain the pasta, and then return the pasta to the pot and toss with butter over medium-high heat until melted. In a separate bowl, whisk together the evaporated milk, eggs, salt, and pepper until combined. As soon as the butter is melted with the macaroni, pour in the evaporated milk mixture and stir until combined. Continue cooking over medium-high heat, stirring occasionally, for about 5-8 minutes, or until the sauce comes to a simmer. Remove pan from heat and stir in the bacon, grated Pepperjack and Parmesan until melted. Then gently stir in the roasted vegetables until combined. Serve immediately.

Hello, Medina! I`ve never heard of sweet macaroni and cheese before, really. That`s why I was curious to search for some recipes! Found this sweet and salty variation. What makes the dish low caloric? Reduced fat milk. So… Preheat oven to 350 °F (175°C). Melt butter (5 tablespoons) in a saucepan over medium heat. Pour in flour (6 tablespoons) and milk (3 cups). Lower heat, and cook about 2 minutes, stirring from time to time, it has to be thickened a bit. Now it`s time to add grated Parmesan (2 cups) and cream cheese (a package). Stir until blended. Cook pasta, cover it with cheese mixture and mix thoroughly. Time to add some sweetness – honey (half a cup) and bacon (¾ lb). Put everything in the oven and bake for 20 minutes or so.
Please let us know if you like it!

Sweetie, once I have tried this macaroni in Poland. Actually, it wasn’t very tasty. Here I will share with you this recipe as I asked about it at a waiter.

It is really very easy to cook. Just boil macaroni and after that put them on the plate. Add some cottage cheese and jam. Just a little, because it can be very sweet.

What healthy cabbage dishes for the first and second meal you can suggest me?

How to eat healthy at work that don’t get fat? 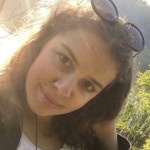