What is a healthy substitute for heavy cream in recipes?

by
0
SHARES
Share on FacebookShare on TwitterShare on Pinterest
0 Vote Up Vote Down
Published: August 13, 2018 | Modified: October 9, 2019

What is a healthy substitute for heavy cream in recipes? from Julia Ford

So, this is my next and pre-last question about healthy recipes. So, I wanted to cook some salads and I suddenly I realise that may of them contain heavy cream aand I strongly don’t want this! Heavy cream contains many fats and it is quite dangerous if you consume it too much so I want to try to find healthy substitute for it in salads and another dishes. It is not only me, my friends also want to replace it withsomething else. So, do you have any ideas and variants how we can do it?

Heavy cream is considered a staple ingredient — and for good reason. It’s used in a wide variety of recipes, including soups, sauces, homemade butter, ice cream and sour cream. Sometimes called heavy whipping cream, it’s made from the high-fat part of fresh milk. When fresh milk is left to stand, a heavy cream rises to the top and can be scraped off. Consisting of 36–40% fat, heavy cream is higher in fat than other cream varieties, including whipping cream, half-and-half and light cream. Here are the best variants to replace with:

Hello there! The task seems sort of impossible since we all know heavy cream is a key ingredient in cooking basic savory dishes and desserts. Yet, I totally agree with you that it is not an option for our healthy diet and definitely should be replaced. So, you can try combining milk and butter, it works in most recipes. Or soy with olive oil if you are a vegetarian. Milk and cornstarch mix may be your top alternative. Greek yogurt and milk is a great way to thicken up your recipes too. Have you heard about evaporated milk usage? Cottage cheese and milk, coconut cream, cream cheese are possible either. Improvise! Such slight changes make your recipes very personal and special.

Heavy cream is a very dangerous product for our body. That’s why we should definitely use something instead. In this post, I will try to help you. So, as we know heavy cream is very sweet and thick. The thing is heavy cream is used to prepare various dishes as well as cakes and desserts. To my mind, you can easily replace it. It’s enough to use the so-called cream. 36% cake or mascarpone cheese. The best option is ao course mascarpone.

Thank you for a question!

What healthy cabbage dishes for the first and second meal you can suggest me?

How to eat healthy at work that don’t get fat? 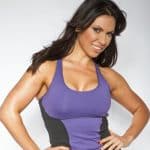