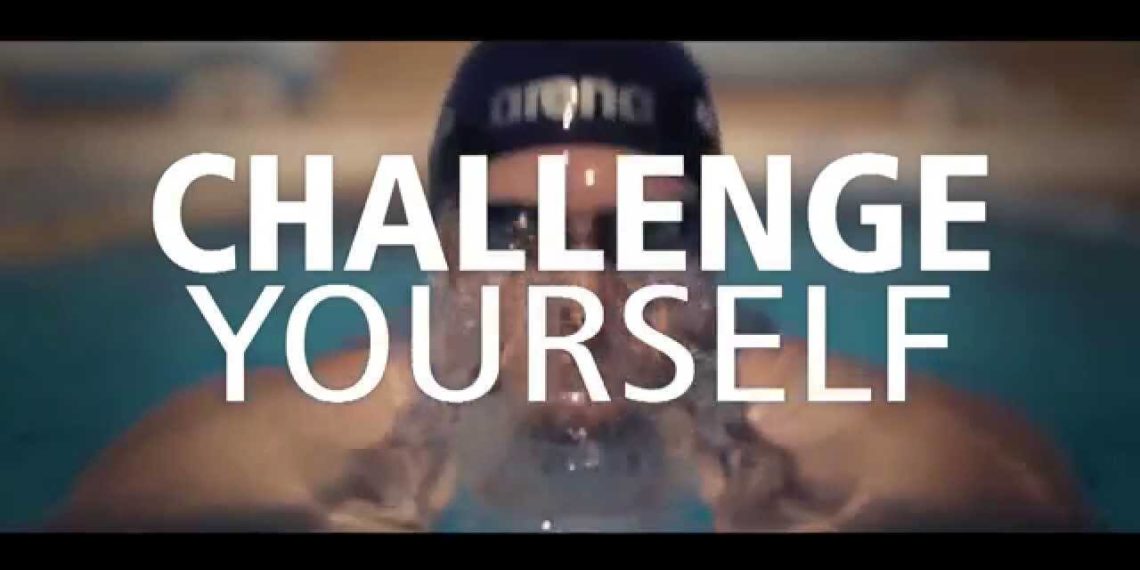 Do you know some sports motivation movies?

by
0
SHARES
Share on FacebookShare on TwitterShare on Pinterest
1 Vote Up Vote Down
Published: December 19, 2018 | Modified: October 9, 2019

Do you know some sports motivation movies? from Maria

Hi everybody! I have already written a question for you. I have read the post: Crossfit training as one of the newest kinds of workout. It is difficult to explain, but this post motivated me to do a new and very trendy type of sports. Of course, it is Crossfit what I mean. So, I decided to read one of the latest posts about sports motivation: The Best pieces of advice for Sports motivation.

However, let me ask only one question for you. It is simple but pretty attractive for me. Probably, it is even not a question just a recommendation. The thing is that in this post you have mentioned there are a lot of different sports motivation videos. You have noticed that it stimulated to do sports without any delay. There are even some incredible videos in this post. So I have decided to watch all of them. Of course, they are beneficial, and without ant doubts very motivated, but it is not enough for me. I want to see more. Most likely, I would like to watch some films.

That is why my question is:
Do you know some sports motivation movies? Please recommend some of them for me. I will be very grateful!

As you can understand, I don’t want to see only sports motivation videos on Youtube. I have a big desire want to watch some films. Why? Because first of all, I like to view different types of film and cartoons. And secondly, I think that film can become a more significant sports motivation for me. It is because in the movies we have one story about one or several persons. We can figure out the whole story about somebody’s lifestyle and somebody’s way of achieving success. In the movies, we can see all ups and downs, frustrations and disappointments, fortunes and obstacles that the main characters can meet with on the path to accomplishing the goals. I suppose that it is impossible to shove in five minutes something that you should watch for two hours.

So, if you know any sports motivation movies, recommend, please, at least some of them for me! Be sure it will be a big pleasure for me, and I appreciate it a lot! Probably this question will be interesting not only for me but also for many other users.

I am looking forward to your response! Your answers are always useful and fascinating! That’s why I firmly believe that it will be excellent and helpful as always! Thanks a lot!

Wish a beautiful day for everyone! 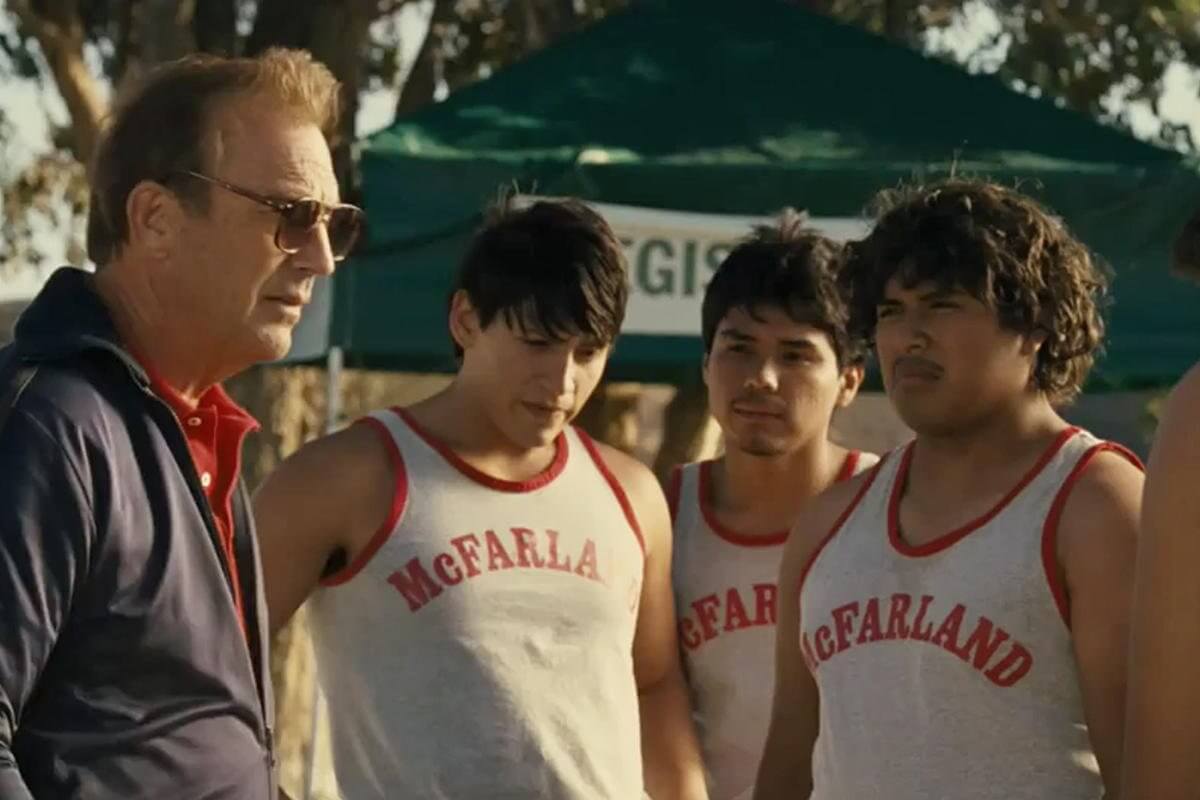 Being a student I have watched a lot of films with my roommates. Most of them were sport motivated movies because I like doing sport very much. I want to recommend you ten of them that I liked the most. Besides, if you want to be sport motivated you should not only watch films. To be brief, i just recommend you to read https://askyourfitnessquestion.com/best-sports-motivation-advices/  and stick to that rules.

Have a look at 10 sports motivation movies that I thoroughly recommend you:

The film, that immediately got two Oscars, focuses on Jake Lamotte athletic career and achievements, as well as the many failures that have often happened due to the difficult character of the soldier.

It is another popular boxing drama. The main heroine is 31-year-old waitress Maggie, who dreams of great sports. By ignoring her quite old age and complete lack of experience for such initiatives, the hero achieves her aim. Despite the sad final, the film makes a very strong and inspiring impression. Having seen this movie, I became to consider the box not so bad and harmful.

It is a comedy, which told the story of the talented American figure skater Tonya Harding. She became famous, however, not only due to her sports achievements but because of the scandal associated with the attack on her rival.

A year earlier, another biographical tap came out, which, in a rather comical and optimistic form, told the world about the jump-summers Eddie Edwards. The boy did not have special conditions and training opportunities, which made his sports achievements not as good the results of his colleagues.

Among the most rewarded sports bands, it is worthwhile to highlight the drama “Fire Chariots”, which includes two prizes at the Cannes Film Festival, four Oscars and many other prestigious statues. The plot of the film, based on real events, describes the Paris Olympic Games of 1924. This movie is a real sport motivated film because having seen it I started to do sport more intensively.

Another legendary story of fighting two athletes. The film takes place in the mid-70s when the irreconcilable rivals – disciplined Austrian Niki Lauda (Daniel Bruhl) and charismatic Englishman James Hunt (Chris Hemsworth) – entered the fight for the champion title. The picture perfectly shows the sound of that time.

The film, that brought Sandri Bullock the first and still the only Oscar, is also built around events that have actually happened. However, it focuses not so much on the training-competition side, but on what is usually can not be seen..

Returning to the topic of boxing, I also want to mention the powerful drama “Warrior”, which describes a fictional but very touching sports and family history. In the center of the story are the former talented boxer and alcoholic (Nick Nolte) and his two sons (Tom Hardy and Joel Edgerton), forced to fight.

The main character of the film is the former wrestling star Randy “Baran” Robinson. After years of stubbornness and battles, a man decides to return to great sport. However, the elderly age and myocardial infarction significantly reduce his chances of success and, moreover, the victory may cost the warriors life.

This shocking and inspirational movie tells about the young Australian Betany Hamilton, who lost her hand as a result of a shark attack and almost died at all. Despite the serious injury, the girl managed to recover and maintain the fighting spirit. Moreover, she returned to professional surfing, taking part in competitions.

All these movies are sport motivated and interesting. I am sure they will encourage you to do sport and never give up. Looking forward to your feedbacks.

Maria, a very good question. I think not only you need good motivation alone, but also other readers of the site.

But remember once and for all: real success in sports will never be a coincidence of random circumstances, it is a pattern of your will!

Probably, the motivation for playing sports is an even more complicated question than the training process itself. And these are not empty words. The sport of great achievements is, first of all, not talent and not even mastery. It is a character and willpower. No great athlete would achieve his sporting achievements without perseverance and iron willpower: when the word “want” is replaced by the word “must” and no excuses do not work here. And even if the great Brazilian footballer Romario once said that training is for the weak and not needed by the strong, then these words should be regarded only as a joke and nothing more. To achieve something in the sport, it does not matter whether to get Olympic awards or just to achieve the goal of losing weight; you must first be able to go out of the usual comfort zone. Without this in any way, such is the harsh realities. What goes around comes around.

Basketball is one of the most popular sports and one of the most widely represented in world cinema. Moreover, the specificity of this sport allows you to insert it in any genre direction about basketball filmed comedy, drama and even fiction. But more often real events and destinies are taken as a basis. It happened in this case. Once again, filmmakers were able to please the public with high-quality sports drama. Director Thomas Carter managed to find the right approach and made the viewer sincerely worry about the characters in this film.

The picture is based on real events in the life of American coach Ken Carter. In 1999, in the city of Richmond, California, the coach of the local school basketball team banned its players from training and going to the championship matches due to their poor training. This unprecedented decision provoked fierce disputes, received both approval and criticism. Moreover, more dissatisfaction was shown by the parents of the players themselves and the school management. This is such an unusual story, amazing and touching.

The picture raises a large number of problems of modern society. Here is the place and issues of juvenile delinquency, and problems of school education, and morality. A very strong social subtext makes the tape a noticeable phenomenon in the field of sports cinema. And although it’s mainly about the black population’s habitat, racism isn’t addressed. Here the problems of growing up, studying, and the desire to achieve something meaningful in life are more represented. And here is very important the role of the coach, who seems to be the only one who cares about the future of difficult teenagers. Personal problems of players also do not stand aside.

The scenes of basketball matches and training processes are perfectly set. Very dynamic picture, excellent installation and successful use of camera angles, makes the spectacle exciting and filled with a high dose of adrenaline. But the main contribution to the overall mood of the tape is made by the tremendous musical accompaniment of the composer Trevor Rabin, pathetic and majestic, which is necessary for a sports film.

Samuel L. Jackson just gorgeous fit into the image of a sports coach. His severity, perseverance, endurance and a clear desire to go along the intended path, causes respect — excellent character disclosure. I do not know how he does it, but Jackson even in the worst movie looks for the highest score. The rest of the line-up moved to the picture from television, with the exception of Channing Tatum, but even then he was a little-known, novice actor. A small role is played by singer Ashanti. In general, the acting game maintains a high level of drama.

Coach Carter is a very deep, intelligent sports drama. The picture successfully combines both the dynamic scenes of basketball battles and social issues, raising important themes of education and maturity. I am sure the film will appeal to fans of the sporting spectacle as well as fans of deep, vital dramas.

I would definitely recommend it.

What building muscle sets should I use? How to build my training plan?

How long does it take to lose 40 pounds with a treadmill? 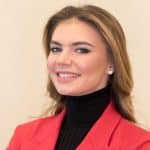 How to Train for a Marathon