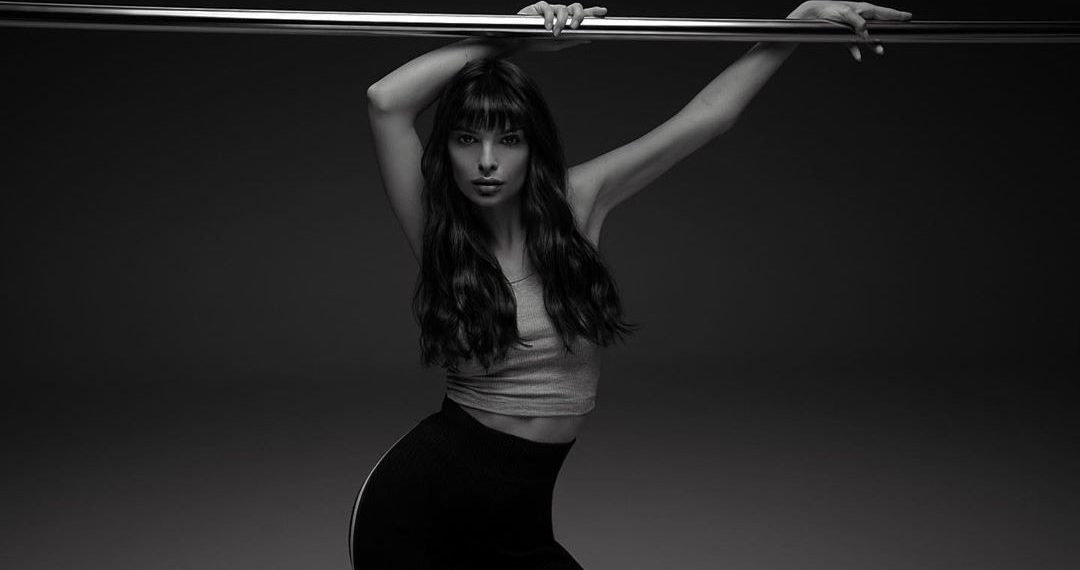 W​ho wants to be fit and toned following tips of the famous American model? Here is Emily Ratajkowski nutrition and training program to be lose weight and tone up.

Emily Ratajkowski has one of the most amazing bodies in the world and shows business. Despite the fact that the actress and model once admitted that she is very lucky because of her fast metabolism, she is working hard on her body.

You can check Emily Ratajkowski diet secrets if you are interested in what she eats. We know the main secrets of her diet and training, for which she finds the time – even considering the enormous employment.

Fantastic appearance and a beautiful figure – the result of good genetics. In her youth, she was engaged in ballet school, but she left the career of a dancer for the sake of the modeling business. The training program of Ratajkowski is unstable and dynamic.

The girl confessed that she does not like to pull iron in the gym too much and she does not have a personal trainer. Depending on the schedule of work and travel, is engaged 2-4 times a week. She devotes much time to walks or yoga. In the photo, however, her figure is tight.

It is difficult to agree that the sports body is the result of only genetics and long walks. Although successful photos can be the result of a correctly chosen posture and a good perspective.

What about the model’s workout routine?

The owner of the most attractive body in Hollywood does not hide that she is a quite rare guest in the gym. You may suppose that it is pure sarcasm. By no means. Emily Rata permanently repeats that workouts in the gym are just boring for her.

As an alternative to endless iron pulling, the model chooses any physical activity in the open air. Hiking around Hollywood hills or doing yoga once a week in a nearby studio is perfect for her.

The beauty does not consider herself an enthusiastic fitness guru and considers herself a black sheep compared to other supermodels, whose days run in the gym. Miracles, that’s all!

As been already said, Emily appreciates being outside with her friends, so she usually takes lots of long hikes and walks around LA. Walking is excellent for weight loss and keeping you fit! Especially is useful for leg workout. The following benefits of such low-intensity cardio:

This kind of fitness that you’re going to hold to will definitely bring results. The example is Emrata, who does not work hard in the gym to get such an amazing body. Hiking doesn’t even feel like a workout, and there are a few ways to make it even better!

Actually, Emrata knows that doing cardio is not enough. She remembers that adding resistance workout into your usual routine is a very powerful tool. In case you need to get toned and avoid the skinny fat look, you need to do some kind of strength exercise.

And, in case you, like Emily, appreciate a slim and lean look, you should avoid lifting heavy weights and focus on bodyweight training. You can do low-intensity resistance circuits or even yoga and pilates.

Did you know that Emrata’s preferred kind of resistance workout is yoga? The model does it a few times a week and that looks to be working great for her. You can try in on yourself, as it doesn’t only helps to lose weight, but also is beneficial for physical and mental health.

Yoga works your whole body without using large weights that could make you bulk up. This kind of training is also good for the following points:

To start with, Emily Ratajkowski is a famous American model and actress, the owner of the title “The Most Desirable Woman of the Planet”. She speaks with motivational speeches in defense of women’s rights to demonstrate their own sexuality.

The young woman considers a manifestation of freedom. Often it is through pictures in the style of a nude girl trying to convey their ideas to the world community.

Despite the British origin, the Ratajkowski family consider themselves to be Americans. The girl wanted to get higher education at the School of Arts and Architecture of the University of California, but left the School and devoted her time to her career.

At the age of 14, the international model agency Ford Models signed a commercial contract with the girl. The girl was very good at showing herself in a profitable perspective. The need to be exposed for filming in the underwear was not frightened at all. For her, nudity is a norm that cannot be shamed, especially on the work done by professional photographers. Beauty represented brands Forever 21, Kohl and Nordstrom.

The girl is widely known for her strong defense of women’s rights. In particular, Ratajkowski treats the demonstration of a naked body not as sexual expression, but as a manifestation of freedom.

In the same year, Ratajkowski became one of the participants in the fashion show of Marc Jacobs, and also performed at the Miu Miu shows during the Paris Fashion Week. Emrata likes to experiment and come up with new alcoholic cocktails. Whiskey with champagne is her favorite base.

In 2017, the model posted snapshots of the web with a fringe. Fans noted the similarity of Emily with the legendary Audrey Hepburn and suggested that the forelock is not a real one, but an overhead.

She shone in the video of the pop-rock band Maroon 5 for the song “Love Somebody”, worked with photo artist Bruce Weber, photographed her for the cover of the CR Fashion Book, with Michael Thompson and Tony Kelly, who made her the heroine of American and Turkish magazines GQ.

During the same period, she attended the Fashion Los Angeles Awards, held in April in Beverly Hills, where she was recognized as a model of the year.

At the same time, she advertised her own collection of swimsuits, presenting a series of seductive photos, including pictures in the car in the company of her newly-married husband. For this year, was scheduled to release four filmings with Emily – it’s “Cruise”, “I Feel Pretty”, “Gone Girl” and “In Darkness.”

In 2018, unexpectedly for the fans, she and Sebastian Bear-McClard tied each other with the bonds of official marriage. Husband of Ratajkowski – Sebastian Bir-McClard, a popular actor and film producer.

Fame McClard brought work on the crime drama “Good Time”. Robert Pattinson played the main protagonist of the picture. The ribbon is included in the program of the competition at the Cannes festival. Newlyweds met only a few months.

The wedding was held in the City Hall of New York. Among the guests were only their closest friends. The bride was not in a traditional white dress but preferred a mustard suit from Zara and a flirtatious veil. Wedding photo Emily in the Instagram briefly signed: “Today I got married.”